Phil Scott became the 82nd Governor of Vermont in January 2017 and was reelected to a third term in 2020, earning more votes than any candidate for governor in Vermont history. As Governor, he is committed to making a difference in the lives of Vermonters by growing the state’s economy, making Vermont more affordable, and protecting the most vulnerable. 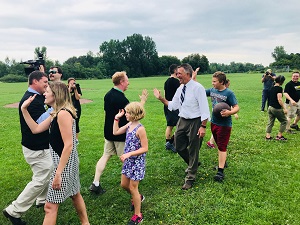 Throughout his years of public service, Phil has listened to, and learned from Vermonters, and is always willing to roll up his sleeves to help get the job done.

Phil has consistently focused on economic and affordability issues. During his first two legislative sessions as Governor, he worked with the Legislature to ensure the Fiscal Year 2018 & 2019 General Fund budgets did not raise a single tax or fee, and made critical investments in economic and workforce development, workforce housing, childcare and early learning, career technical training, higher education, clean water, addressing the opioid crisis and more. 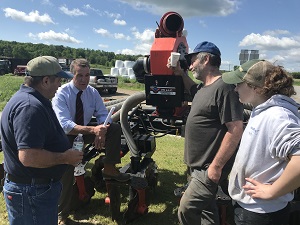 Previously, he was elected and served three terms (2011-2017) as Vermont’s 79th Lieutenant Governor. In this role, he launched the Everyday Jobs Initiative – where he worked in 35 different professions around the state – and Vermont Economy Pitch sessions for the opportunity to learn from Vermont’s employers and workers. In 2011, in the wake of Tropical Storm Irene, he organized the removal and disposal of mobile homes around the state, which were destroyed by the flood, all at no cost to homeowners and without spending any taxpayer dollars.

Prior to that role, he was elected to the Vermont Senate for five terms, representing Washington County. During his 10-year service in the Senate, he was Vice Chair of the Transportation Committee and Chair of the Institutions Committee.

Phil is also active in community service projects. In 2005, he founded the Wheels for Warmth program, which allows Vermonters to donate tires they no longer need. The tires that meet state inspection standards are offered for resale at affordable prices, with all proceeds benefiting heating fuel assistance programs. The program has raised more than $428,000 for emergency fuel assistance, sold nearly 19,000 safe donated tires, and recycled more than 31,000 unsafe tires.

For more than thirty years, Phil was a co-owner of his family construction business, and he still races the #14 car at Barre’s Thunder Road, where he has the most career wins as a Late Model driver at the track. He’s also an avid cyclist. 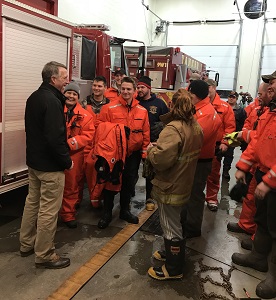 He is a lifelong Vermonter who grew up in Barre and graduated from Spaulding High School and the University of Vermont. He lives in Berlin with his wife Diana McTeague Scott, and has two grown daughters, Erica and Rachael.

Apply for an Internship