"I was asked by a member of the media today at my weekly press conference how I’ve arrived at a calculation I frequently use to highlight our past and present economic and demographic challenges – the phrase I use is ‘6-3-1.’

“Frankly, I was surprised by the question this afternoon, as it has been substantiated numerous times. I have subsequently learned from the press that this inquiry is a direct result of another attempt by legislative leadership — with assistance from their economist — to mislead Vermonters about these facts by intentionally using a smaller timeframe to skew the numbers. I find this deeply disappointing and concerning.

“Cherry picking from a small window to deny the demographic crisis we’re seeing is like claiming that a few subzero days in January indicate climate change isn’t real (which we know is not accurate), because it’s a deliberately imprecise way to try to obscure a clear trend.

“We don't have time for their political games because we have an immediate need to address this crisis. Frankly, it’s this type of partisanship that has allowed this problem to fester and, as a result, we’re just 3-4 years from having only one worker for every child, retiree and dependent of the state, when you exclude the Burlington area. And we’re 7-8 from that bad dependency ratio when you include the Burlington area.

“And, I hear from businesses and non-profits across every corner of the state who don’t have the workers they need to grow, thrive or just keep their doors open. The only conclusion I can draw as to why legislative leaders would ignore these concerns and deny our extended labor force decline is to justify policies they know will not correct the course.

“The size of our workforce as a percent of population is the crux of every problem we face and addressing it will be the cornerstone of every solution. Expanding the workforce is how we generate revenue to invest in our social safety net, clean water, early education, broadband infrastructure and virtually every other priority of our state.

“This isn't Washington, DC. It’s Vermont and I believe Vermonters want their legislators — regardless of party — to get serious about working with me to grow the economy and make Vermont more affordable.”

The data under discussion is included below: 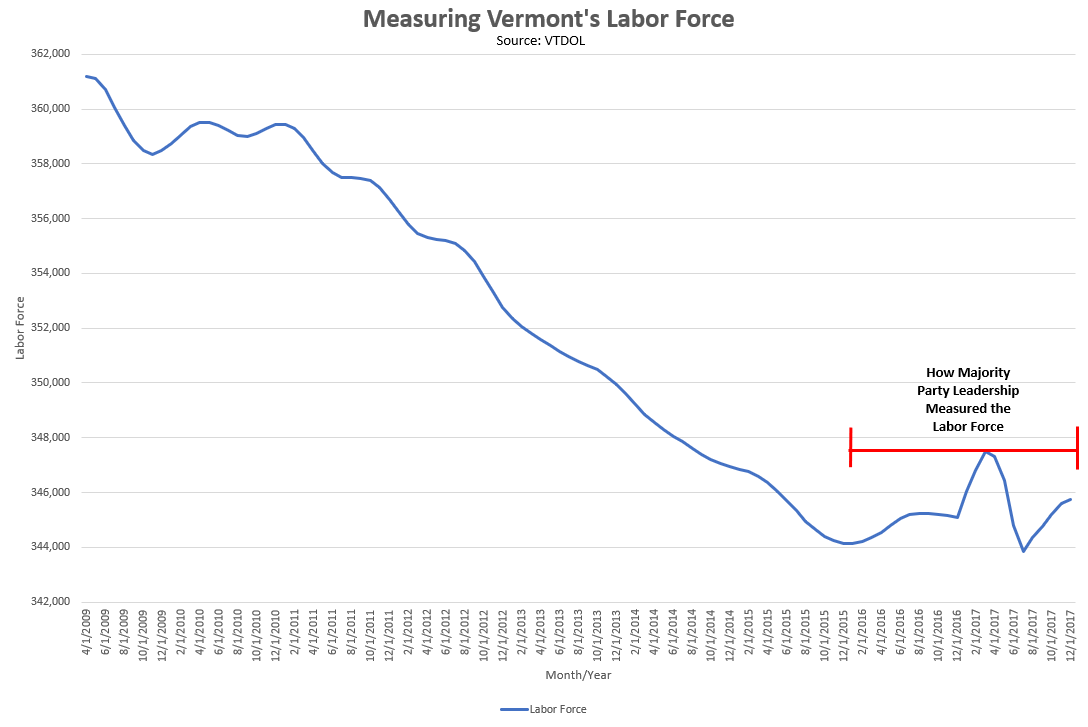 Apply for an Internship